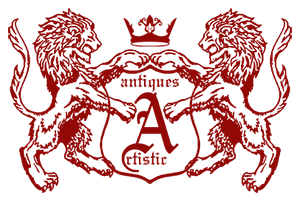 Louis de Caullery:  was one of the pioneers of the art genre of courtly gatherings in Flemish painting of the 17th century. He was born in Caulery, which is a small town near Cambrai. Cambrai (Dutch name:Kamerijk) is a probable choice because his name was French and his wife and children later inherited some properties in Cambrai. In 1594 he became the pupil of Joos de Momper. In 1621 his death duties were paid by the Antwerp Guild of St. Luke, where he had become a master in 1602. He was a follower of Paul Vredeman de Vries known for his architectural pieces. The date he went to Italy cannot be determined; his works prove that he did however reside in Venice, Florence and Rome. The tallness of his characters, their exquisite postures, smooth faces and bare foreheads characterize his style. His colours are highly sophisticated. Under the influence of the Italian Masters, his palette proved to be an innovation in Flanders: half tones, ocher-yellow, Veronese green and Burgundy red. His depiction of buildings shows him to be concerned with fine precision, while being very skillful at presenting perspective.” He died in Antwerp.

Description:
The scene depicted in the painting by Caullery inspired biblical event where Balthasar, son of the last king of Babylon, he set up a banquet attended by men and women of his court. The work consists a central perspective with a raised viewpoint, common in Flemish painting, which amplifies the space in depth and enhances the architecture in which the scene takes place. In the work of the iconographic characteristics Caullery typically Flemish architectural settings mingle with European late Renaissance and Mannerist, evident in this fragment of everyday life where you set the prophetic event. The great royal hall where the banquet takes place consists of a spacious nave connected to other wings of the building and covered by a coffered ceiling, and the complex internal architecture is developed in round arches along the walls, interspersed with towering half-columns supporting architraves and cornices embellished with architectural moldings and niches within which you place tympanum sculptures recall classical elements. With the gaze moves from the foreground behind the plans, guided by the light that lit the focal points stand out in every perspective plane, bringing it directly from vivid red carpet which shows the vessels of gold and silver and dishes brought to banquet, around which the story comes in the book of Daniel, the figure of Balthasar, who wears the traditional head covering Eastern Europe, and finally at hand that will impact on the wall the words of the prophecy. The primitive human form, is made from a pictorial drawing large and flat and a synthesis that makes naturalness and spontaneity adds to painterly handwriting decomposed and vibrant color in which the oil base is spread by mixing and kneading.